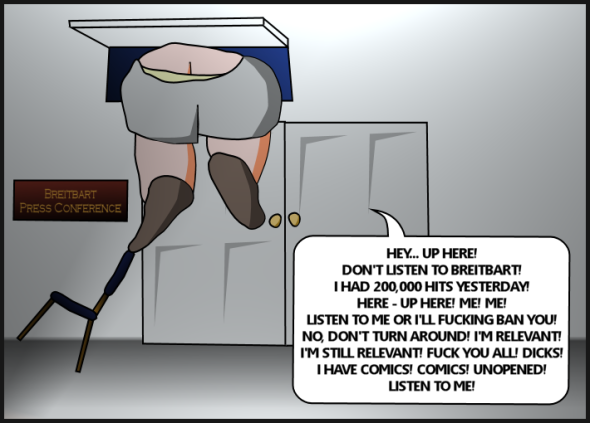 [Courtesy of Johnny Molecule via email.] 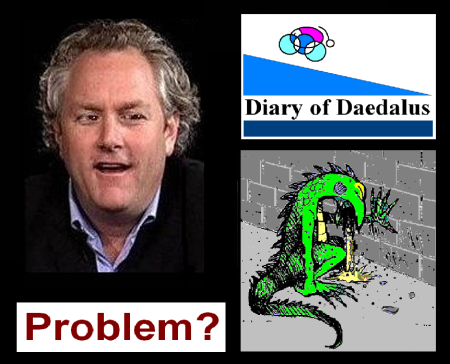 “As soon as I heard about the “scandal” involving Rep. Anthony Weiner, and saw it being pushed like crazy by fraudster Andrew Breitbart, I knew it would turn out to be yet another phony story. And that’s exactly what happened.”

Woot. The Clown Posse Rides again. Charles Johnson jumped on the left running board of 1930s smear liberalism, honking the horn all the way, and rode it right into the ditch. Although Breitbart hasn’t been wrong yet,  Andrew’s learned about dealing with the left-wing media hounds who were loosed on him regarding PENIS PENIS PENIS LOLgate.

To be fair, Charles The Consistent was merely echoing the talking points distributed by the leftist media in defense of a slimeball who sent images of his privates to the public… some of whom were apparently underage.

Charles only forwarded the fabricated memetrope and declared Weinergate to be a fraud. His Lizard Army picked up the ball and ran with it. They deduced that it was Andrew Breitbart who set up a clever sting operation in which his spies tracked NY Dem Rep Anthony Weiner into a mens’ locker room. Breitbart’s spies waited until Weiner had a woody, then sidled up next to him and took a picture from a cellphone camera while pretending to check email, and all without Weiner taking notice.

Charles, you owe Breitbart an apology, because once again, you’ve pwnd yourself. 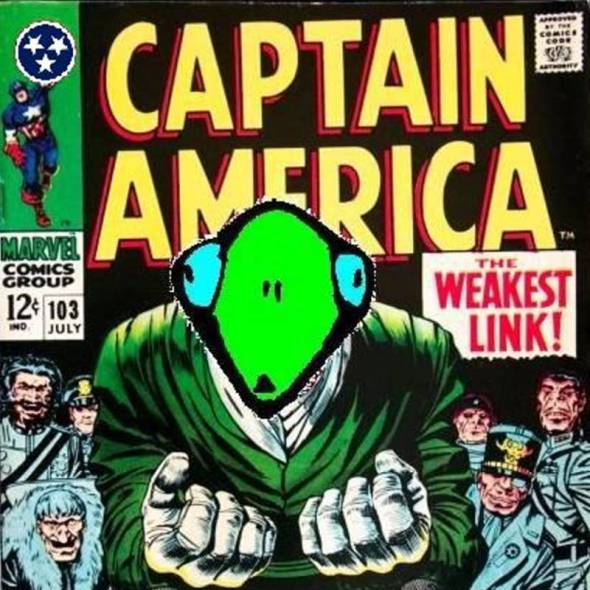 On April 3, a lotta stuff was going down all over the world, so Our Hero does what any premier blogger would do: Talk about his comic book collection.

I guess we shouldn’t nitpick too much. After all it’s his blog, and if you don’t like it, start your own.

Oh wait, we already did. Nevermind. 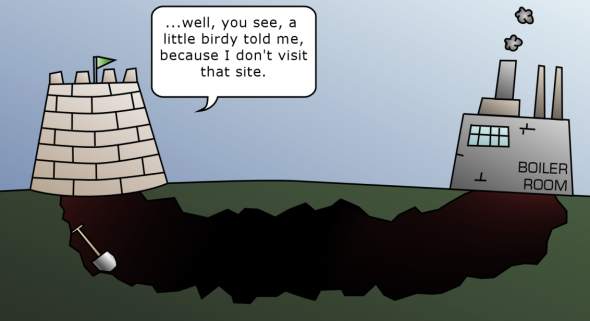 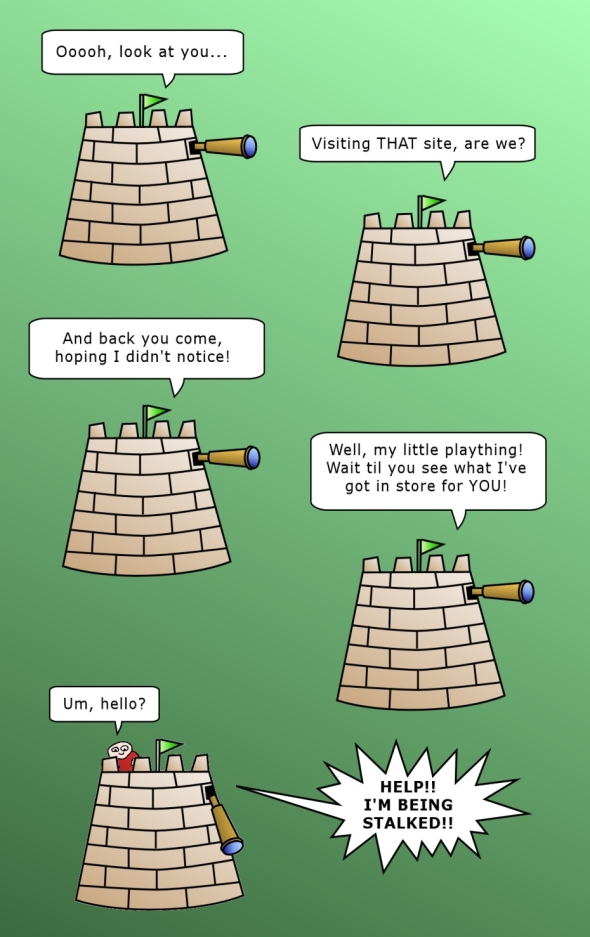 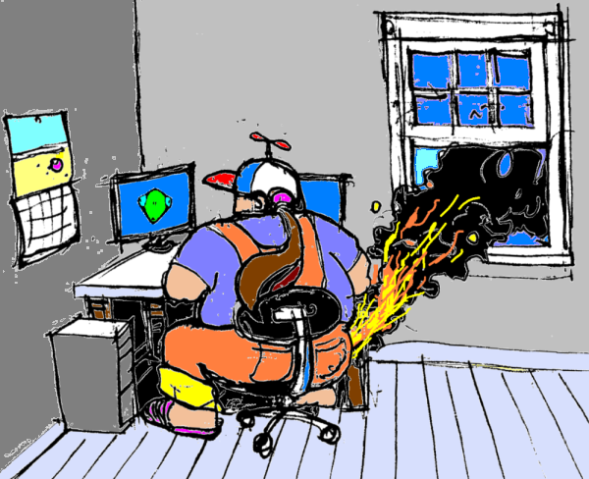 That vid showing the pagecount jumping 10 or more per view was faked! Until someone found out it wasn’t. Never mind that I posted a tech comment explaining that I had tweaked the javascript to show every thread on the front page as a “view”!

No one was ever banned for simply disagreeing with me… except for taxfreekiller and song-and-dance-man and mandymanners and several people who said they liked Rush Limbaugh on one thread and a guy who unfairly dissed a musican I am fond of and anybody who is a creationist, ’cause I disagree, and anyone who doesn’t believe exactly as I do about global warming, and though I have implied some pretty broad slanders against Christians in general and Catholics in particular I won’t tolerate any broadbrush anti-muslim sentiments and I don’t like specific, provable critiques either.

So I am completely fair.

Unless you blog at a blog I have blogged against even when I previously blogged in favor of those blogs. Anyone caught blogging at an abrogated blog will be banned, unless they are on a mission to racism bait, or troll. In that case they will usually get banned, unless I really really like them, and they generally keep within the lines and don’t stray.

But if you get banned, or flounce, or just leave, everybody knows you are simply a tribalistic racist.

(with deep and sorrowful apologies to Julie Andrews’ “Supercalafragilisticexpialidocious!”) 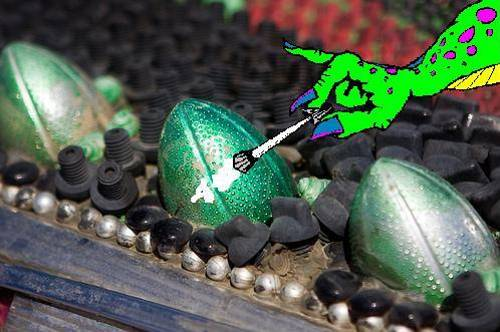 While stalking surfing around the internest today I checked on the latest at Innocent Bystanders.  Nice blog that. But my jaw dropped when I saw that Sobek posted an “interview” with Iowahawk! You all remember Iowahawk, the class clown that Charles pissed on? Okay, it’s not really an interview (hence the quotation marks) but it’s clever satire just the same.

And there is a bonus at the bottom of that post: a link to another Sobek “interview” with none other than the King Lizard himself from January 2010. I don’t know how I missed it. Don’t miss the comments sections on either post as there be some funny.

Speaking of funny (well, okay not so funny) I found this laying in a corner of the Boiler Room today, and we might as well toss it out before it gets too moldy:

That’s one of the more honest and innocent statements by OB Dilation & Currretage.
Have at it.