The Surface Tension of Johnny Molecule

While we were minding our own business (and that of Charles Johnson‘s) out of the blue comes Johnny Molecule with a new graphic oddity that is both timely and disturbingly apropos.

Dr. Bulldog recently stumbled upon the wonders of Diary of Daedalus after witnessing #brasnapper #rumpswab @Lizardoid repeatedly stepping on his own pugsley in front of the entire Twittersphere.

Every time I think that there’s nothing more to post about Charles Johnson & Little Green Footballs, either Chuck does something stupid (like that’s a rarity) or someone new shows up to the Mockery Party.

Thanks for the image, Doc. Stop by and say Howdy.

Not really that much to add today, as we all can see, CJ’s having another bad day on Twitter (they seem to be more frequent now). Josh Holland got pulled into a Twitternado today, getting hit left and right by Chuck critics (well, and that funny suck up-Gus_812), as did Mohammed Ansar. Ansar seems to be a better sport, but he’s got Chuck into kind of a pickle with his views (since they now follow each other).

..and Chuck had to back pedal a little bit in order to not piss off some of his remaining few Pro-Israel Lizards.

BTW, if you haven’t read his TL, please do. This guy is a riot. CJ couldn’t have picked a more LOL inducing person. He’s unabashedly endorsed Finklestein (a jew who got fired from Catholic school for being Anti-semitic-and I believe he actually got kicked out of Israel-supports Hamas and Hezbollah), and even promises women to people who convert. I was thinking this might be an opportunity for the Grand Lizard to commit to the shahada and get a real live woman!

Anyway, we’re gearing up for tomorrow’s Twitter/Music/Drinking thread (epic material this week), so please enjoy this little ‘toon I did have some fun!

Charles Johnson’s new ally Mohammed Ansar is not only an Israel hater and a liar about the genocidal history of Islamic Imperialism, he’s a 9/11 Truther!

We have no conclusive proof of who committed 9/11, why the towers were ‘pulled’, why airplanes were modified, why steel melted at 800 degrees not 2,300 or the relevance of ‘Operation Northwoods’. The pleas of the families for an inquiry are denied and the evidence has in the majority, been completely destroyed. However, any straw poll will almost entirely state it was the Moozlims.

As someone who witnessed 9/11, I find Charles Johnson’s association with this Jihad scum disgusting. Chuck is no one to play to guilt-by-association after this. He is allied with an enemy of America and a 9/11 Truther! Charles Johnson is a poor man’s Alex Jones!

I ask Daedalus readers to get this information out. Charles is now officially an enabler of 9/11 truthers.

Being a 9/11 Truther is now thoughtful in the world of Charles Johnson. That’s just disgusting and despicable.

Addendum Update II: Killgore brought to Charles Johnson’s attention the fact that Ansar is a 9/11 Truther. Rather than distance himself from this loon’s conspiracy theories, Charles claims we are smearing him.

Charles, you play “guilt-by-association.” Using YOUR standards you endorse Ansar’s views since you are allied with him.  Ansar did not start following Charles. The aging Creep started following the 9/11  truther. Charles Johnson you are a 9/11 Truther enabler. You made your bed, now sleep!

Charles describes himself while attacking Santorum!

On any given day many, conspiracy theories abound at LGF. Charles Johnson himself has pushed conspiracy theories involving Nazis, Tobacco Companies, Ron Paul, The Catholics Church, Andrew Breitbart, The Koch brothers and whoever else is his object of hate at the moment. Th only group left out of the Sage of Culver City’s theories is the Illuminati. That’s why his lasted attack on Santorum is very ironic.

Change the players and Charles just described himself and LGF perfectly.

Charles claims this video is racist and shows a racist attitude!

As an ex Hip-Hop DJ I loved it that Conservatives decided to use a rap video to make a political point. I saw the video and applauded. However, General Seti/Atlantis Build, also known as “Charles Johnson” of LGF, claims it’s racist.

Here’s the video, you be the judge.

So the online wannabe black militant, who is really paler than Casper the Ghost, is angry about this one verse.

Yeah but right now you’re high, ain’t you big hitter
But I’m back from the dead now bringing back all my knickers

Man you think I’d say that, come on what’s wrong with you
I’m just talking about my short pants that tuck into my shoe

Charles Johnson then makes a very racist claim of his own.

And they’re doing it while mocking a specifically black American musical genre. Any questions about the “context” here?

Charles, I was a rap DJ, and you are a racist. When I was involved in the Hip-Hop scene in the early 90’s, yes, the rappers were mostly black. But many of the producers, DJs and record executives were not. Most of the rap fan base is not black. You are showing your racist attitude. Look in the mirror when you call people racist, Charles. 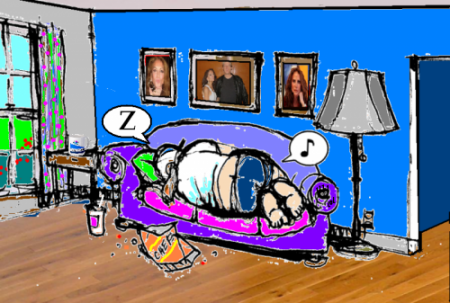 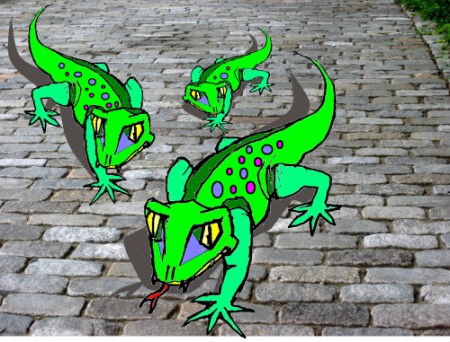 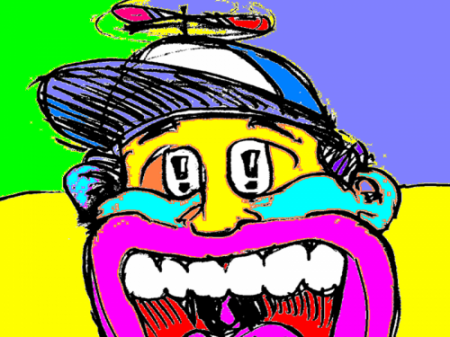 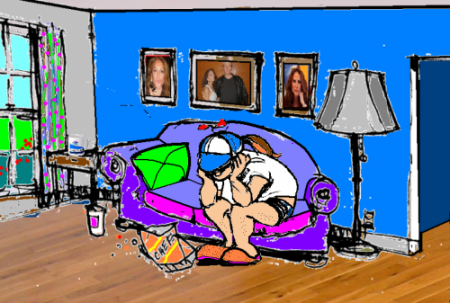 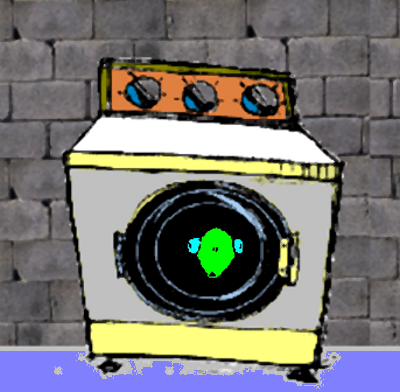