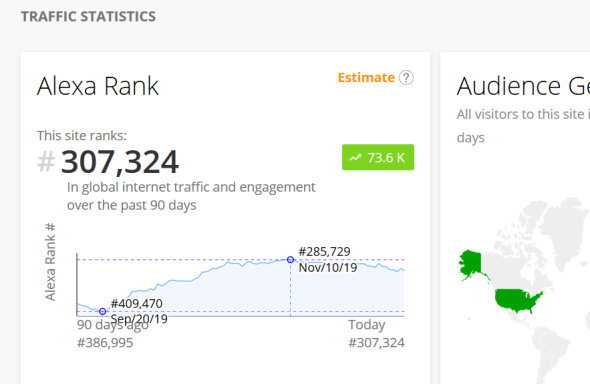 According to ALEXA, in less than two months (52 days) LGF traffic increased by an astounding 143%. Did Charles Johnson post breaking news? No. Did he increase the number of headline posts on his front page? Yes. Does clicking on the LGF front page automatically tally all posts on the front page as having been read? Yes.

Compare today’s graph with this one from 25 September 2014: