A commenter downstairs opined that Charles Johnson’s reported 37.7k Twitter followers are mostly bots, so we decided to look into it. The results so far: I don’t know Babs, but I do know this. As of January 2013 9.5% were fake according to TwitterAudit. 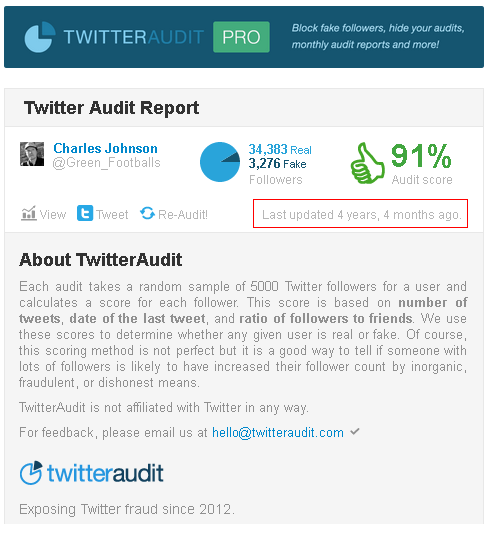 To run a current survey we’d need to sample and vet 200 random Twitter followers just to get a margin of error of about ±7%. Nah, I’ll pass on that drudgery. Then there’s this.

FollowerWonk compares the stats of different Twitter accounts and messes with them a bit. I took her for a free ride, plugged in @green_footballs and @gus_802 and got this: 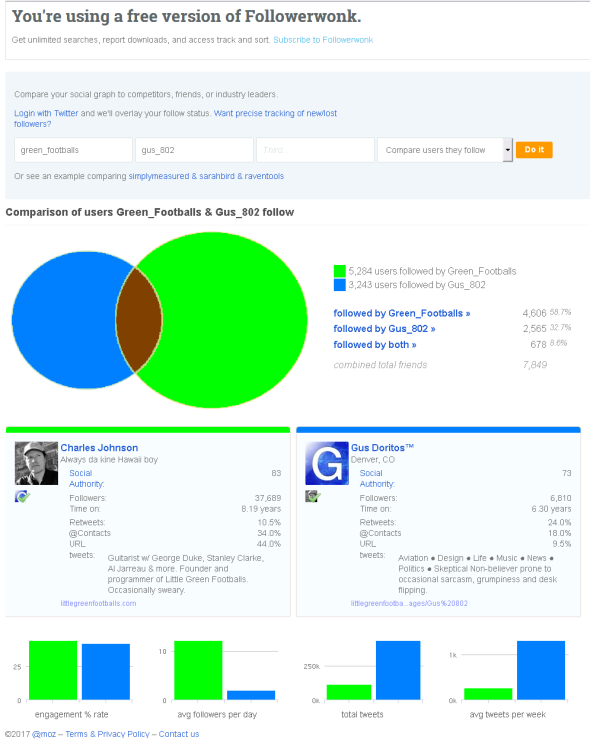 The colors have been changed to green for Johnson, blue for Gusano; the data has not been altered. Meanwhile, Johnson’s original Twitter account, @lizardoid is still active, but was scraped of all tweets and responses. I wonder why… 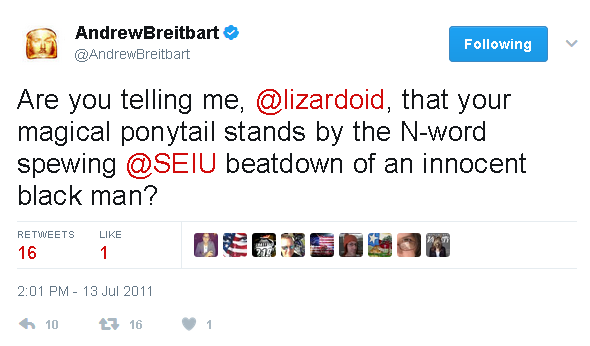 Note that the @lizardoid account still has 11 followers. Hey Charles! Who are you sending DMs to via this account, and why? Who do you think you’re fooling? LMAO.