← What a load of crap
Mr. Toot back in the limelight →

Mr. Toot continues his Jihad against the Ginger

Not since Hitler vs. Stalin or the current ISIS vs. Iran match up have 2 despicable cretins gone after each other with a vendetta. Mr. Toot is a paranoid Hard Left loon and the Ginger is a clown. Both are despicable characters that should be shun by society, instead thanks to the internet we have to deal with their garbage.

Mr. Toot today ties the Ginger to some posters mocking a fake rape victim in NY. 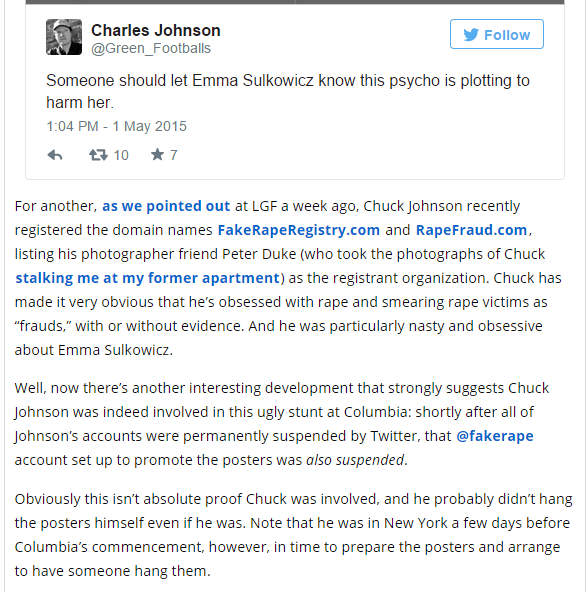 What Mr. Toot thinks he’s accomplished with this post is beyond me. The petty squabble between the 2 midgets of the internet continue.

And of course – it’s a free font, because this is Chuck Johnson we’re talking about.

Does Mr. Toot think he’s going to win a prize for this?

199 Comments on “Mr. Toot continues his Jihad against the Ginger”