Once upon a time when Little Green Footballs was a serious blog, the Muslim Brotherhood was considered evil. Now they are considered a positive force (like Louis Farrakhan). Their biggest defender at LGF is anti-American Argentinian Marxist, Gus802. DC-3 points out how the Muslim Brotherhood winning the Presidency and their gains in the Syrian revolt portends a dark future for Mideast Christians and Israel. 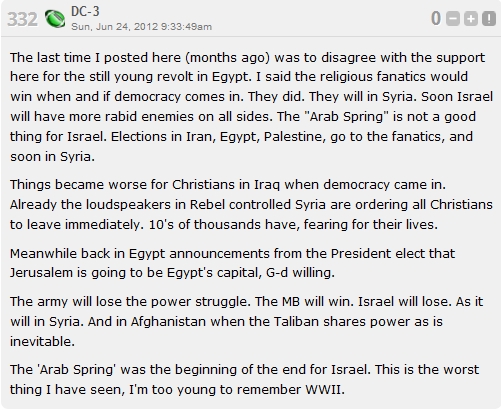 The Argentine worm says Americans should calm down over the Muslim Brotherhood. 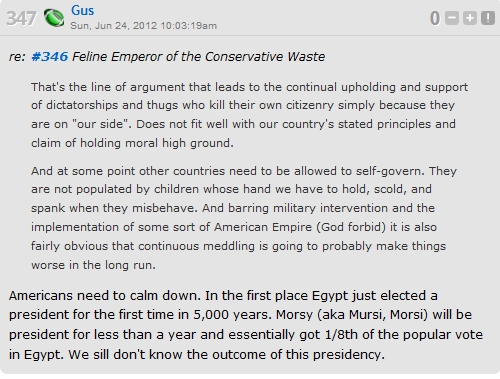 So in the twisted mind of Gus802, Islamo-Fascist Muhammad is the same as George Washington. This shows the twisted thinking of LGF. The Catholic Organization Opus Dei is evil but the Muslim Brotherhood is good. Gus802 is a supporter of the ethnic cleansing of Christians occurring in Egypt and Syria.  He’s OK with it because they are Christians. He’s a vile anti-American Marxist who, like a roach, needs a light shined on him.